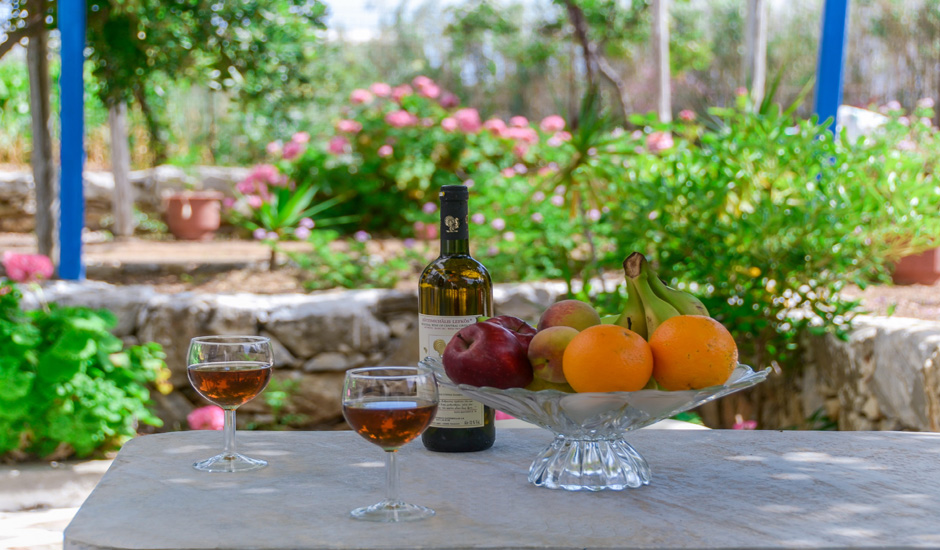 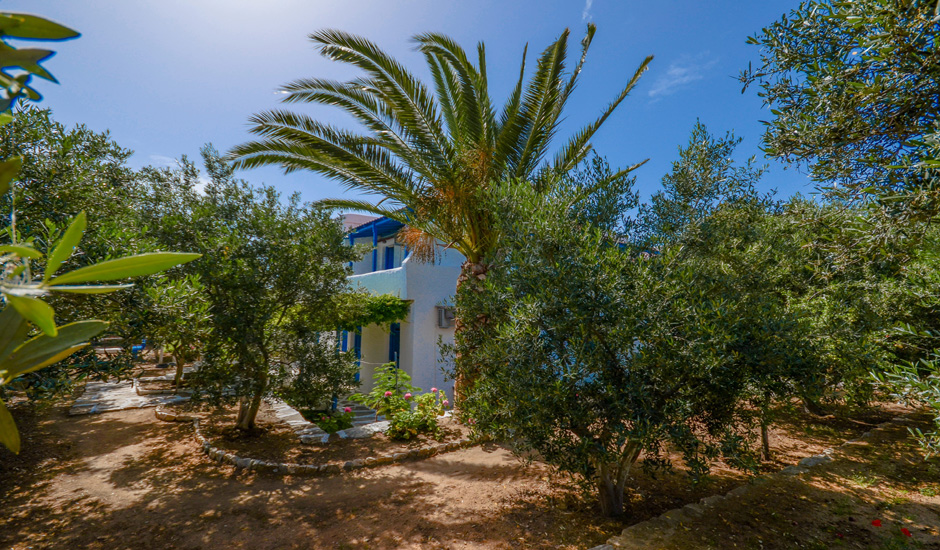 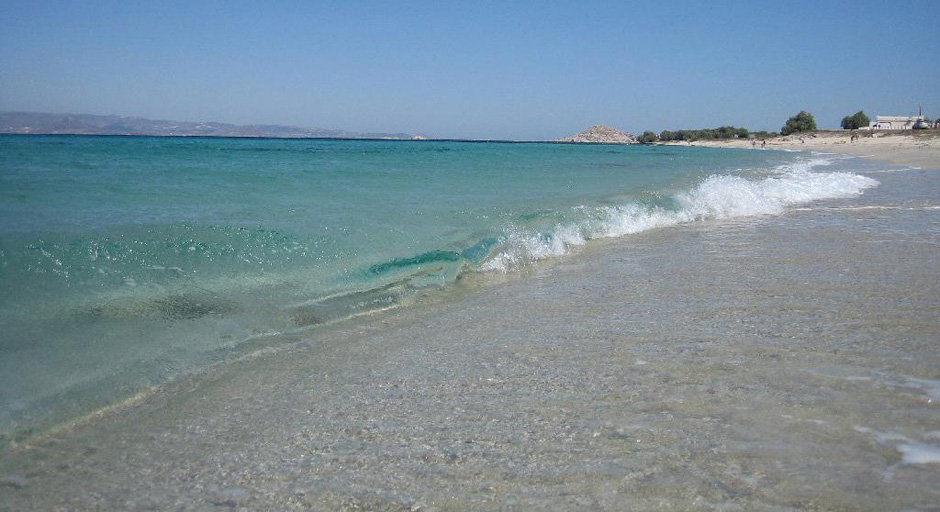 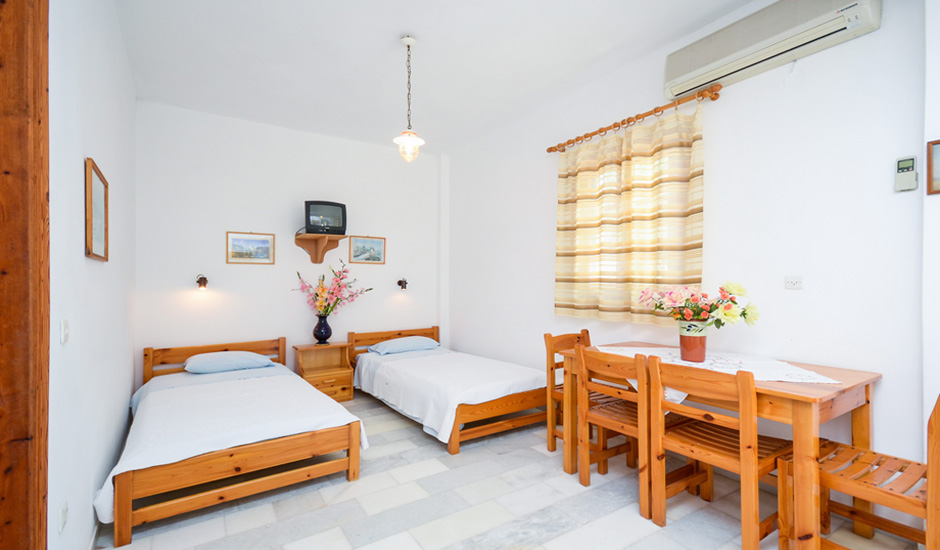 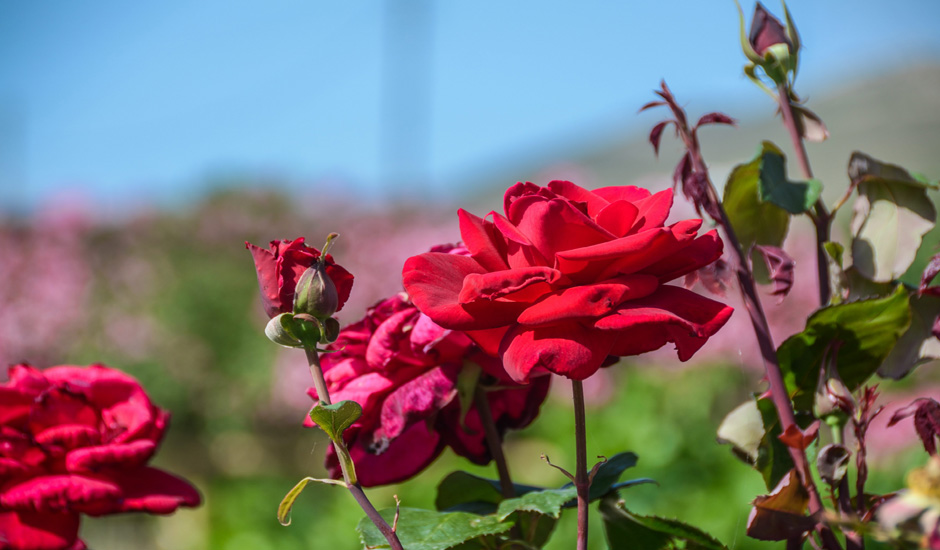 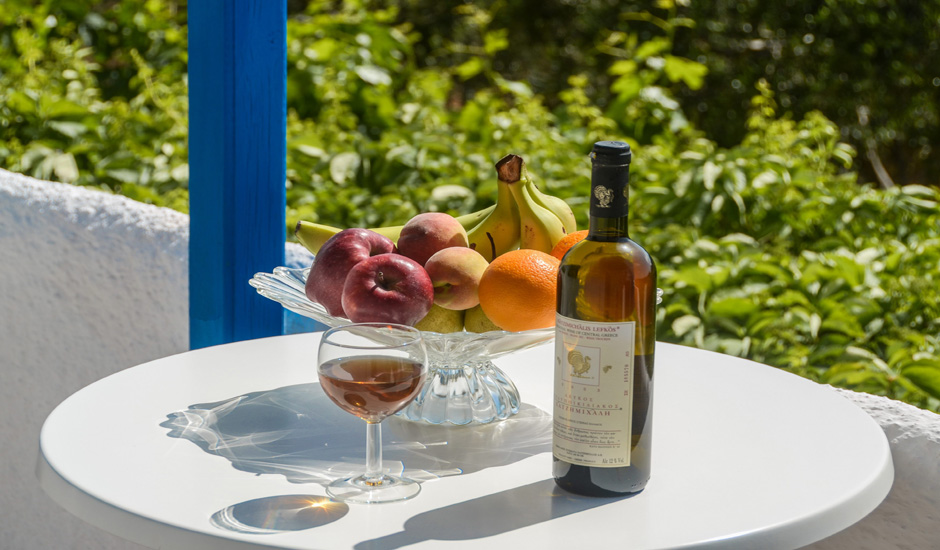 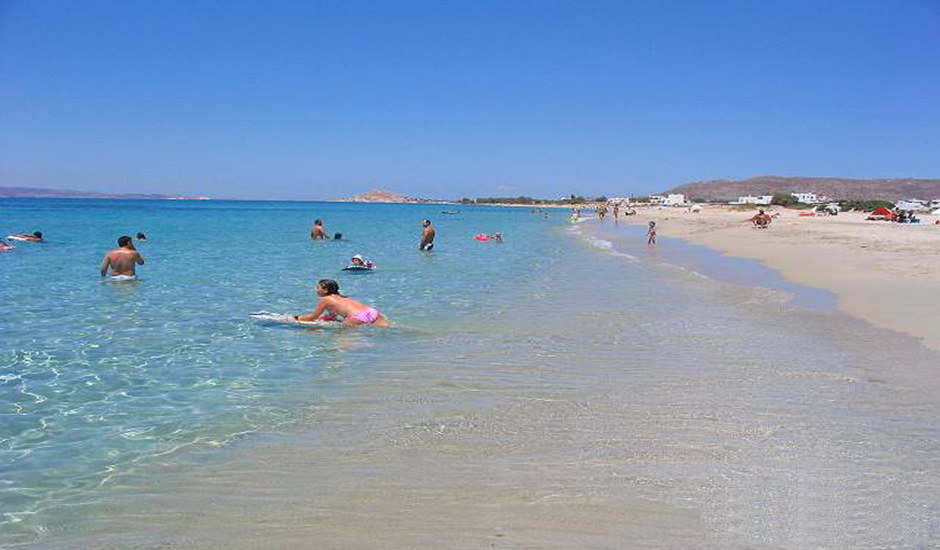 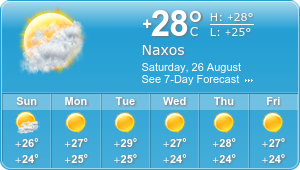 From the ancient city of Naxos is hardly anything that can be detected nowadays. Very interesting is the 10-meter-high marble "Portara" gate on the island "Palatia" that dominates the harbour of Naxos Town. It dates from around 525 BC. Built as a temple entrance (of presumably for the god Apollon), it was never completed after the fall of Lygdamis. 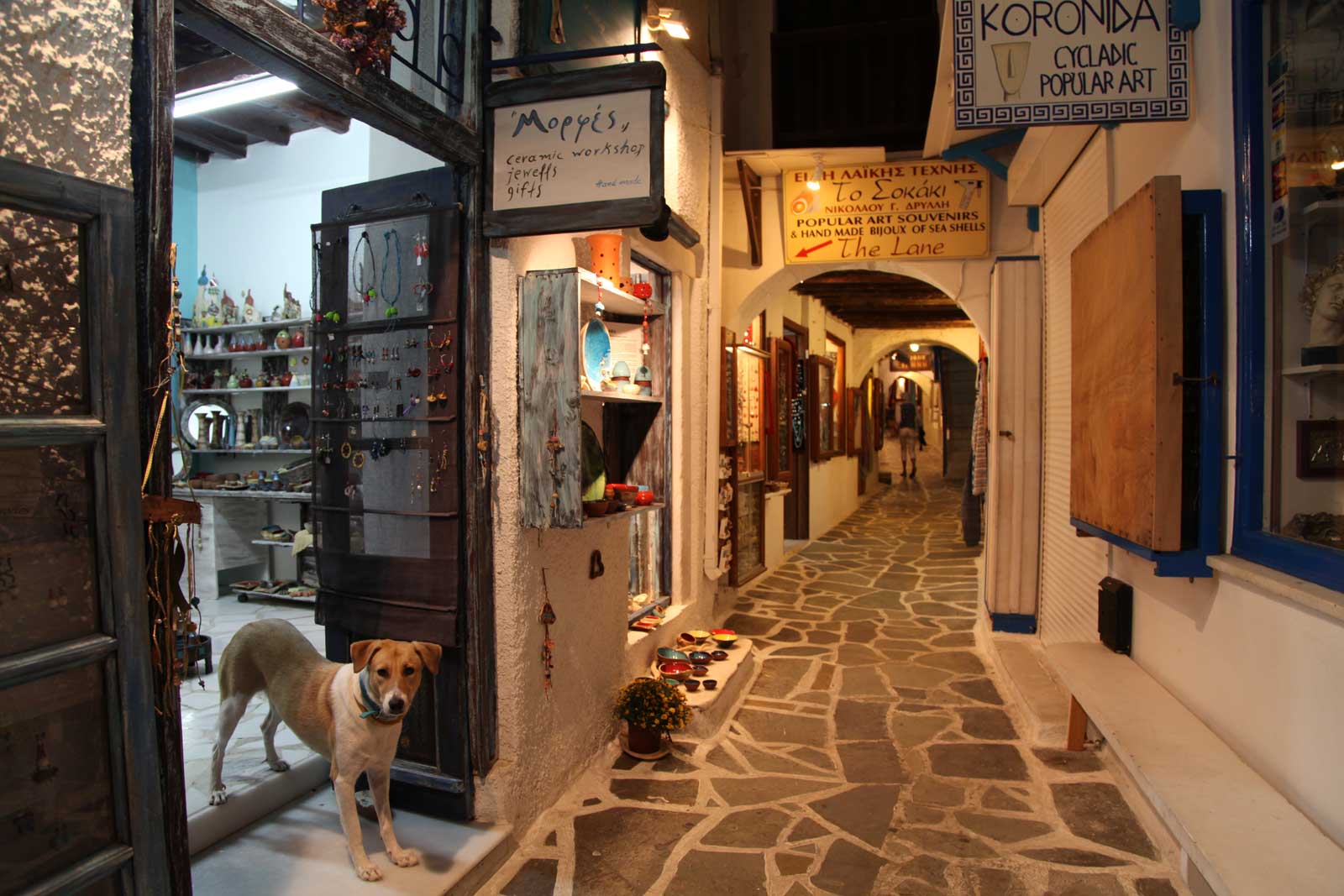 The medieval town is situated above the harbour and is further divided into the Venetian castle (Kastro), where once the Catholic nobility lived and the "Bourgo", where the indigenous Greeks lived. The 18th-century Orthodox cathedral in the "Bourgo", "Mitropoli Zoodochou Pigis" (meaning the life giving source), possesses a remarkable iconostas painted by Dimitrios Valvis, a painter from the so-called School of Crete. The Kastro with another twenty imposing mansions can be seen, decorated with the coat of arms of the Venetian nobles who lived there.

Members of the family of the Duke Sanudo lie buried in the 13th-century Catholic cathedral in the Kastro. In the palace of the Sanudo (in its present form from 1627) has long been a school and housed the writer Nikos Kazantzakis as the most famous pupil. Now there is the Archaeological Museum with a fine collection of marble sculptures from the Cycladic civilization. 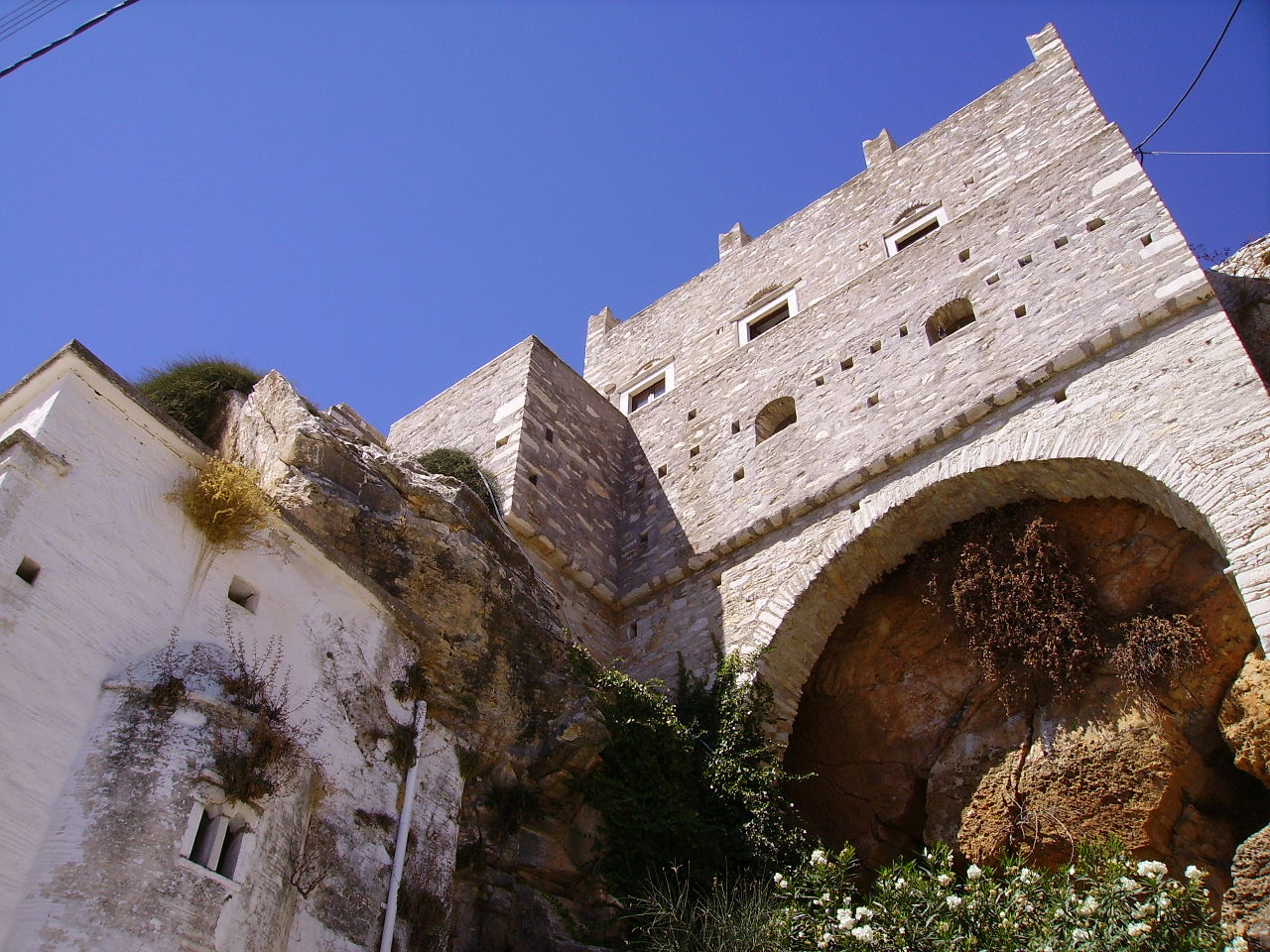 The village Apollonas, 48 km from Naxos city on the north coast of the island, is located at the site of an ancient settlement with a shrine for the god Apollon. A staircase leads to the ancient marble place where from about 600 BC the unfinished statue of a kouros has been laying. Only the contours are finished. The 10.5 m long and 30 tonnes heavy statue suggests a bearded figure, maybe picturing the god Dionysus (because Apollon is almost never shown with a beard). After a sculptor found a structural mistake in the marble, making it unusable, they stopped working on it and left the statue behind unfinished. A similar and equally large-screen Apollon stood up to the Hall of the the people of Naxos on Delos. The village Apiranthos, 25 km southeast of Naxos City, was founded in the 17th century by Cretans while fleeing the Turks. The attractive village has beautiful, marble paved streets and an apartment built by the Venetian family Crispi. Men still often bear the traditional costume. There is also a small museum with an archaeological and geological department.

The beaches of Naxos

The whole western coastline of Naxos is one big beach. You can find a place in the sand all for yourself without sharing it with a lot if you like that, and the beaches belong to the best of the Cyclades, or actually the are counted among the best in the whole wide world (they are in the top 10). But also in the east, in the south and in the north of the island there are plenty of nice beaches. Naxos is the biggest of the cycladic islands, so it is worth renting a car for a couple of days and take a good look around the island. 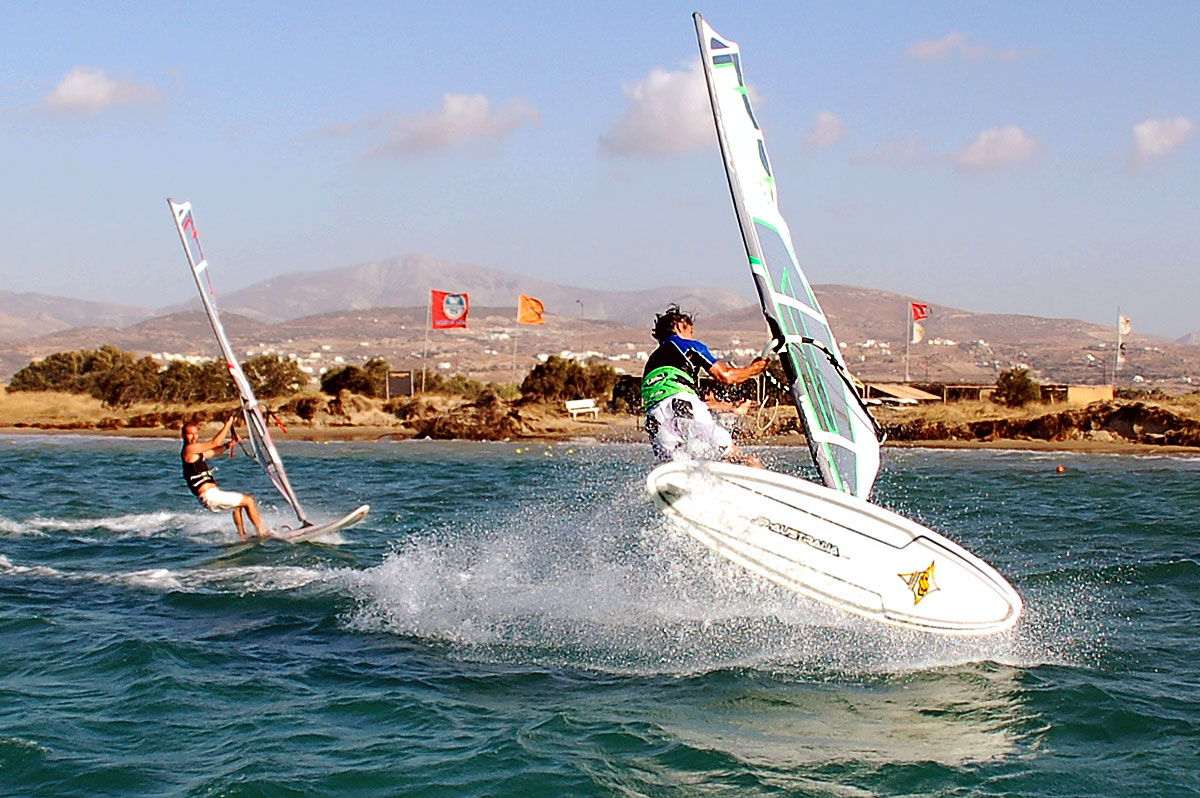 The stretch with beaches on the west coast of the island has no equal in the Cyclades. The beaches are miles long, have soft sand and are also broad. Sometimes they have dunes behind it. The nearest beach to Chora is called Agios Georgios, and this is a busy family beach. South of Agios Georgios is the airport of Naxos and to the west the beach Stelida. To the south of these beaches begin the larger sandy beaches as (successively) Agios Prokopios, Agia Anna, Plaka, Mikri Vigla, Kastraki, Glyfada and Pirgaki. 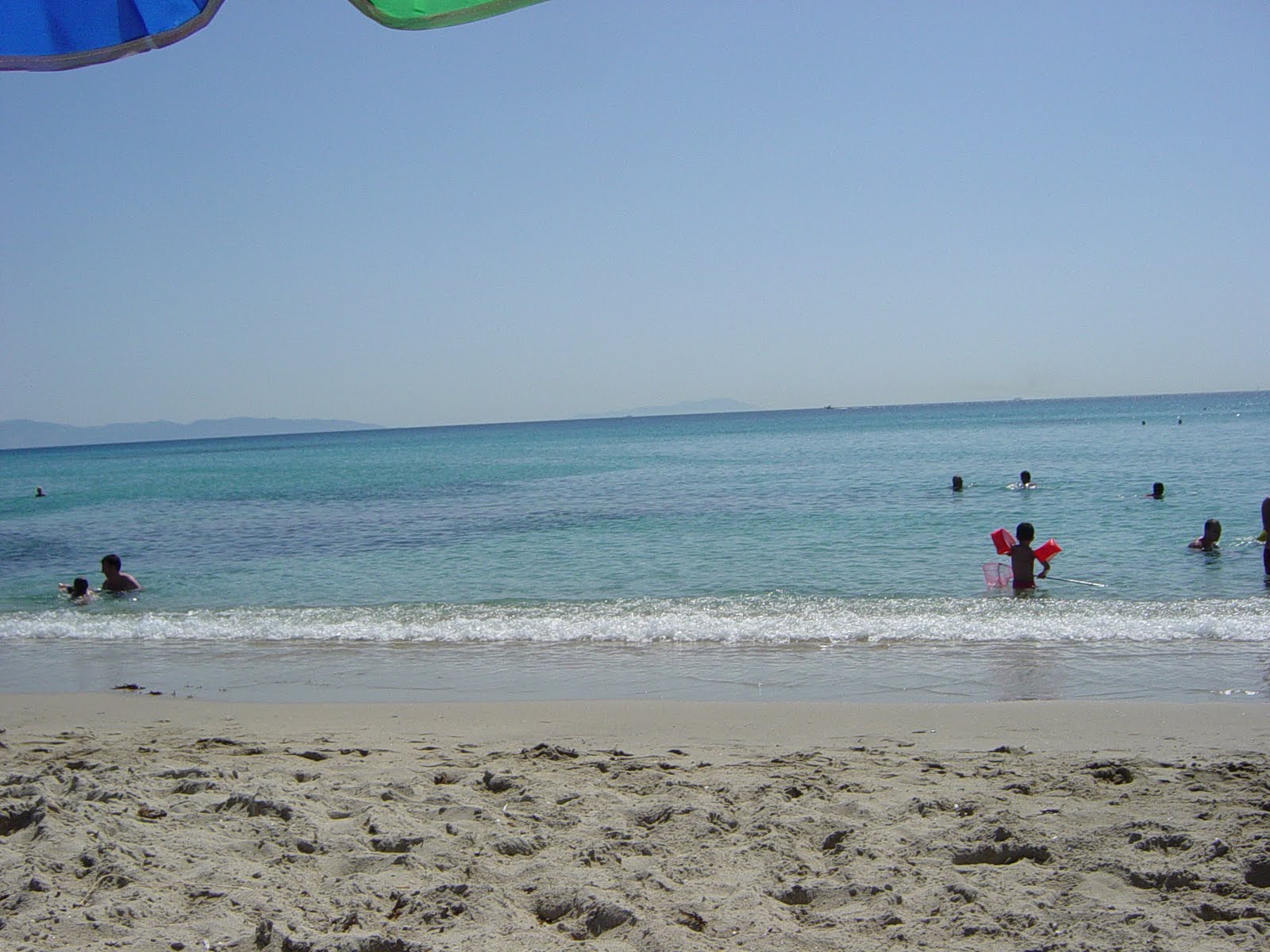